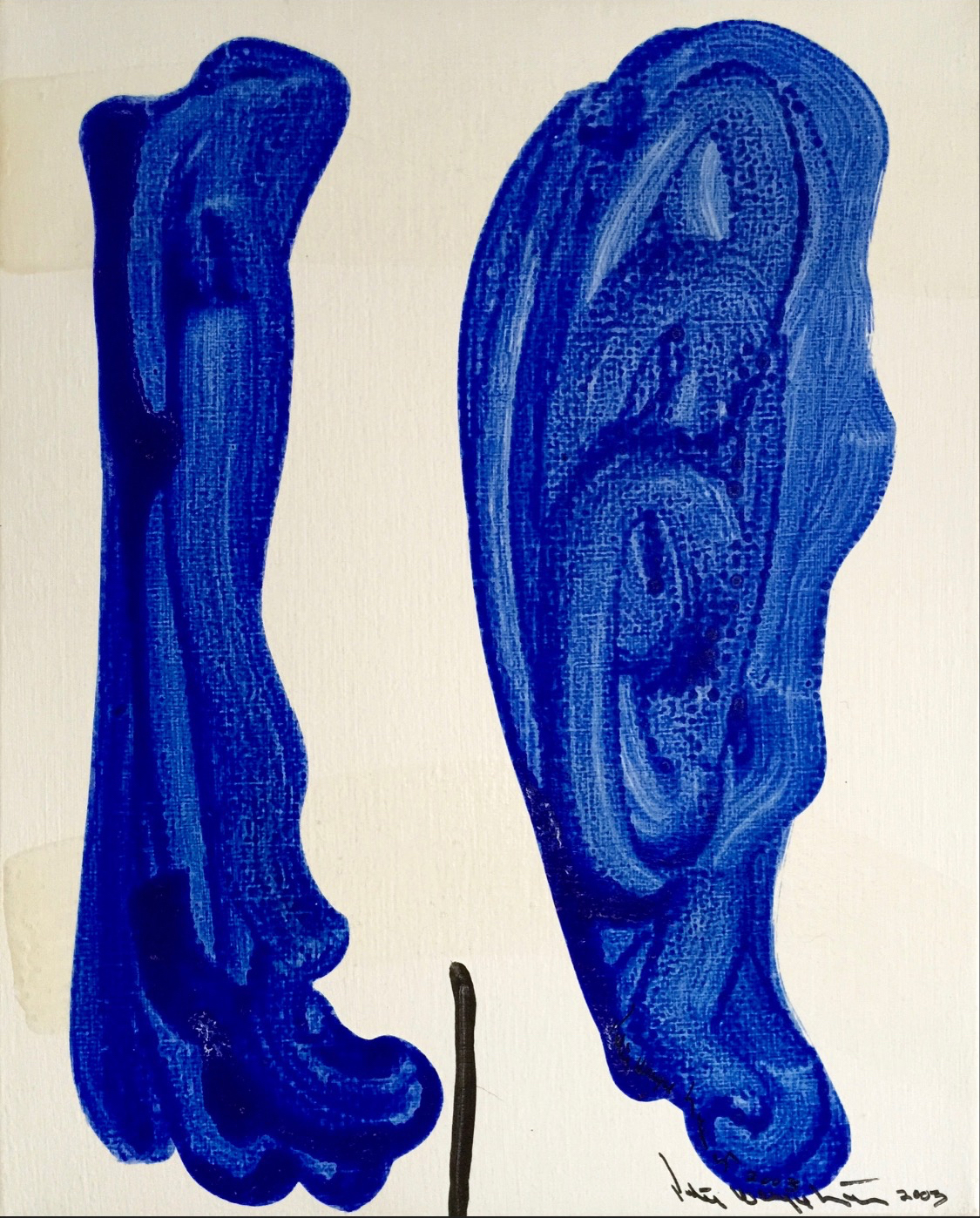 PETER WAYNE LEWISwas born in Kingston, Jamaica, immigrating to Sacramento, California with his parents in 1962, and becoming an American citizen in1983. He received hisM.A. inPainting from San Jose State University in California and was a tenured Professor of Painting at Massachusetts College of Art and Design in Boston for 25 years, including a stint as Chairman of the Department. He maintains an ambitious studio practice, splitting his time between the New York Metro area and Beijing, China, where he is also the Director of Oasis Gallery-Beijing.Peter’s influences are global, ranging from his early attraction to Japanese prints to a lifelong interest in music, the legacy of his jazz-pianist father.More recently, he has become intrigued by theoretical cosmology and quantum physics, especially string theory, a concept which has pushed his work into new territory, notably in the seriesBuddha PlaysMonk.His expansive abstract language negotiates a balance between spontaneity and precise control -an amalgam that offers an intense intellectual and visual experience.Peter has exhibited extensively in the US, Africa, Caribbean, Europe, and Asia. Recent solo exhibitions include The Delaware Contemporary (2019-2020) in Wilmington, DE; a survey of paintings produced in his studio in Beijing at UCCA -Ullens Center of Contemporary Art in Beijing (curated by Philip Tinari, 2016); and MOCA-North Miami (2015)as well as gallery exhibitions on three continents. He is in numerous public and private collections in the U.S. and abroad.