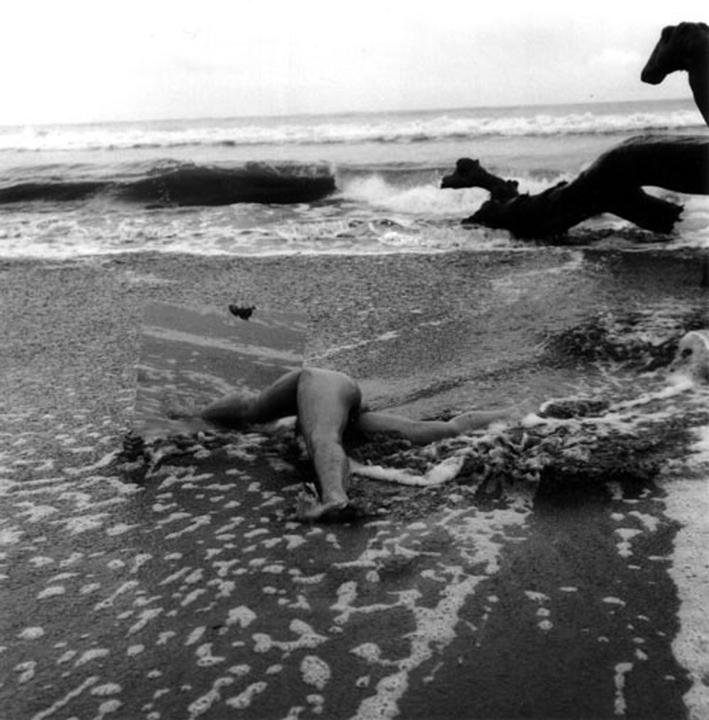 Hans Breder was born in Germany, in 1935. He studied architecture and painting and in 1964 moved to New York where he became the sculptor George Rickey’s assistant. In 1967, Breder had his first New York show - a sold out presentation of constructivist sculptures at the Richard Feigen Gallery. Shortly afterwards he accepted a teaching job at the University of Iowa where he founded the Intermedia and Video Art Program – one of the most influential programs of the time.

Breder’s challenge to his students and for himself was to break out of the traditional way of teaching art by combining the disciplines of painting, sculpture, installation, performance, music, film, photography, and video. At a time when the social, political, and artistic mores of the West were undergoing dramatic upheaval Breder was an influential experimental voice.

As early as 1964, Breder had documented his own artistic “interventions” placing a rectangular mirror in a riverbed and photographing the play between the real and illusory worlds. Subsequent sculptures placed highly polished metal forms onto black and white grounds so that no point of view would be similar. But from 1969 – 1973 Breder returned to photography with a singular passion and focus creating multiple series of works that would come to be collectively known as “Body/Sculptures”.

It is these works that Danziger Gallery is presenting in a photographic context for the first time. Seen in this light, they both add to the medium’s tradition of the transfigured body (Kertesz, Bellmer, Brandt) as well as bridging the gap between photography and the performance and body art of the late 60s. (Ana Mendieta, with whom Breder had a 10 year relationship, clearly acknowledged his influence and seeing her work in the context of Breder’s one recognizes how important a part of her development and process he was.)

The “Body/Sculpture” series started in the studio where Breder’s earlier river photographs had left off, again using a mirrored surface to create a connection between space, body, and the fragmentation of form. Breder saw the work in the context of classical sculpture and dance as well as body art and performance, and from a historical point of view these works can be seen as an important part of the development of the synergy of these new disciplines. Mirrors play a special role in Breder’s work - not only dissolving the boundaries
of space but disorienting the observer’s view. This breaking up of borders - reflecting the limits of human perception - is an important feature of Breder’s artwork.

After the studio works, Breder returned to photographing in nature, both in Iowa and on annual trips to Mexico where his models were dancers and where he shot film and video of Mendieta. Using single figures and groups Breder continued to “remove the barrier between the real and the looking glass world” until by 1973, Breder felt he had exhausted the possibilities of the Body/Sculpture series.  Breder went on to create a variety of works from painting to video to poetry, exhibiting widely in Germany and in several Whitney Biennials. He passed away in 2017 at the age of 81.