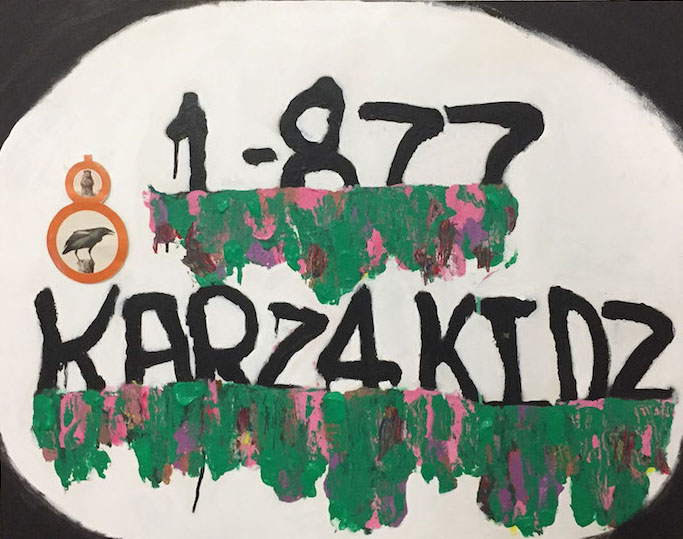 Noah Tavlin is a mixed media artist born in Philadelphia, quickly whisked away and raised in Hoboken, New Jersey. He has been interested in art his entire life, and started producing collages in High School. Noah attended McGill University and studied English Literature, while maintaining an art practice in his free time. Noah moved back home to the New York area in 2014 to continue my practice, where he has been living and working since.

His mixed media work is a process of tearing up and cutting image and material stimuli thrown at me from the culture, reorganizing them, and throwing them back out into the world. Noah's primary influences are the material itself. However, he reorganizes these images with the inflection of his outlook; Noah hopes one could describe it as wry, sardonic and sinister. His work tends to have a cartoonish quality, particularly in its visual expressions of humor. To Noah, the highest compliment he has received to his work is laughter.

Thematically, Noah's work oscillates between fairly direct political and social commentaries, and psychedelic freak outs. In his latest work, he is locating the harmony between these two modes. Noah is unifying his collages with cartoonish landscape paintings. This development in his work is allowing him greater control over my subject matter and composition. The collages serve more and characters and accents; they provide a diversity of textures which enrich the piece with new dimensions of source and material.

Noah Tavlin exhibits his work regularly in New York and New Jersey, and have shown in Canada and the UK as well. He was named a "2017 Artist to Watch" by Nakid Magazine. In addition to his art,  he previously contributed to VICE.com, he has authored multiple episodes of the TED-Ed animated series, one of which won the 2016 AFISA award for "Best in Education," another which was screened at the 2017 Annecy International Animation Film Festival. In the summer of 2018, Noah was a featured speaker at the first annual Kolaj Fest in New Orleans.