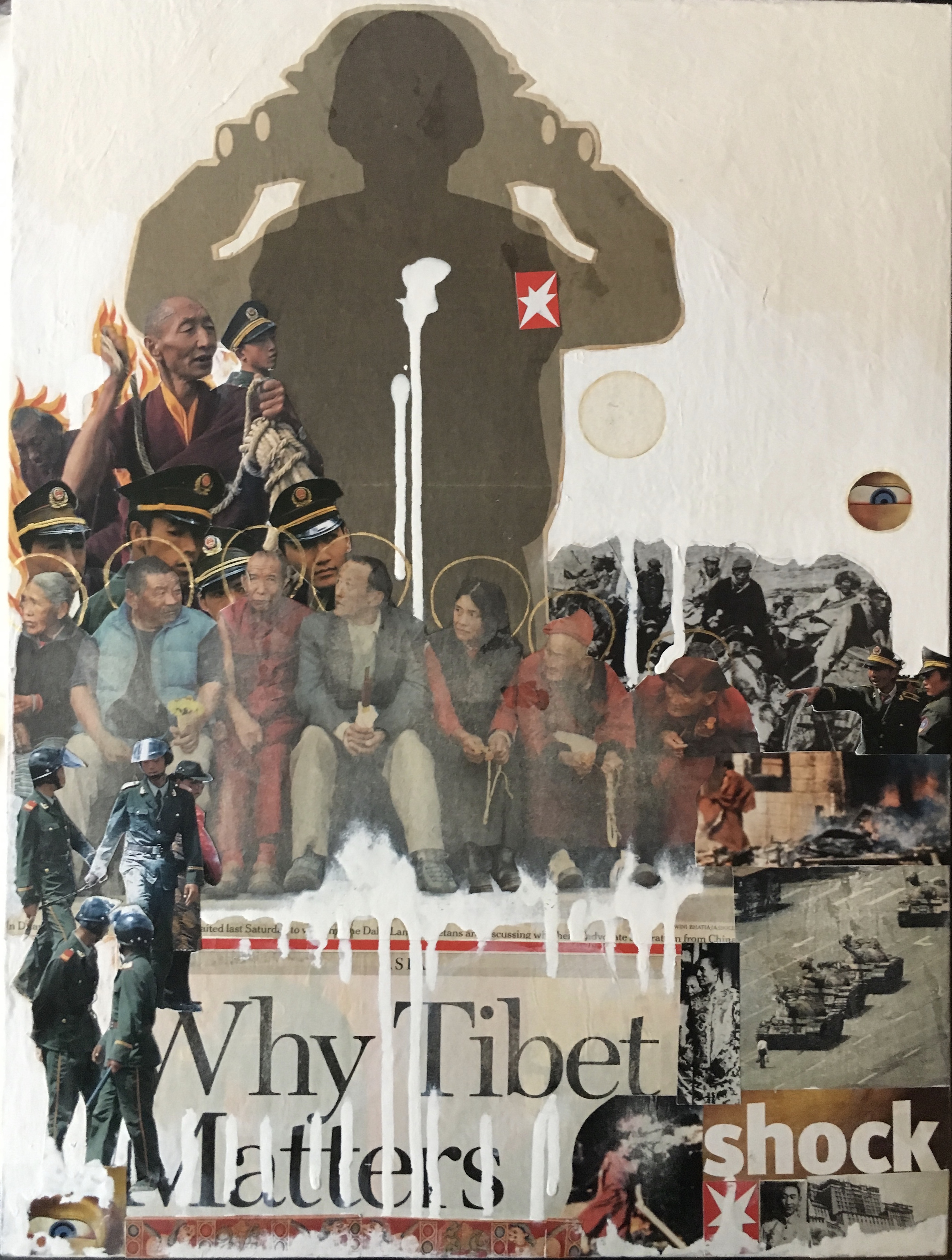 Pema Rinzin was born in Tibet in 1966 and grew up in India, and in his youth studied in TCV School. Later studied with Master Artist Khepa Gonpo, and Kalsang Oshoe, Rigdzin Paljor, master artists from 1979 to 1983. Rinzin subsequently taught Renaissance, Impressionist and Abstract Expressionist art, as well as cartoon drawing for eight years at the Tibetan Children’s Village School (TCV) in Dharamsala. From 1995 to 2004, as artist-in-residence and taught at the Shoko-ji Cultural Research Institute in Nagano, Japan. From 2002 to 2005, he divided his time between Japan and Wurzburg, Germany, where he was an artist-in-residence at the Brush & Color Studio. From November 2005 to October 2008, Rinzin was an artist-in-residence at the Rubin Museum of Art in New York. His paintings have been exhibited internationally and are held in public and private collections worldwide, most notably at the Shoko-ji Cultural Research Institute in Nagano, Japan, and the Rubin Museum of Art.