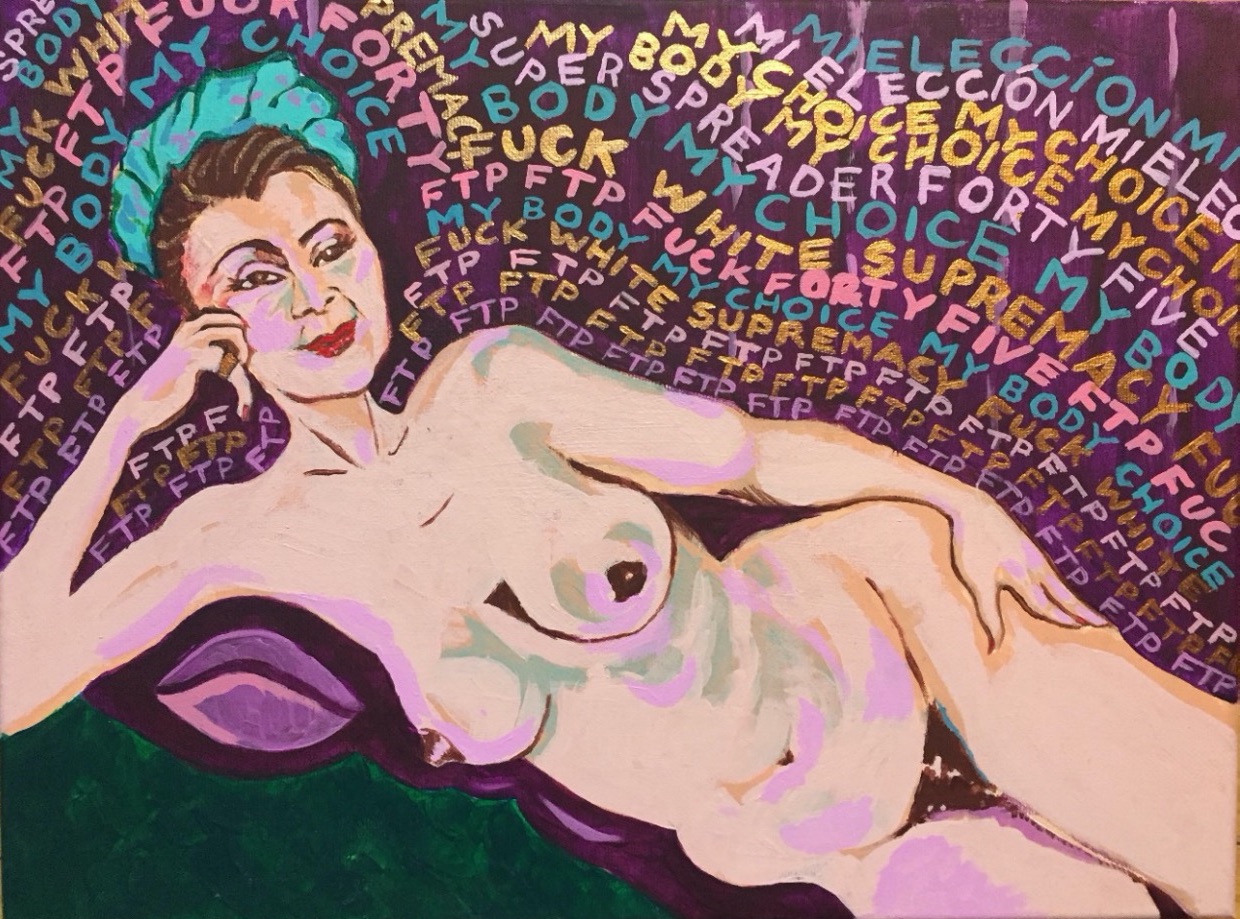 Artist Arcadia Reyes Caraballo was born in East Harlem New York to Puerto Rican and Cuban parents.
One of her major creative influences in her life was her Abuela (grandmother) Inez Pedroso, a versatile
and intuitive seamstress “She could make something out of nothing”. It was through her, Ms. Caraballo learned  the creative use of shapes and patterns and soon understood the relationships between the parts and the whole. Her Grandmother’s collection of small illustrated novellas became a source in the development of Arcadia’s early drawing skills.

Arcadia presently resides in El Barrio ArtSpace. She is a multi-talented mother of twins, a certified Yoga instructor, and an Adjunct Lecturer at Bronx Community. She has danced at the Symphony Space and trained with the renowned Afro-Cuban folkloric dancer Xiomara Rodriguez.  She has collaborated with Pepe Coronado on a series of prints created thru her drawings. She is currently working on a new body of work.