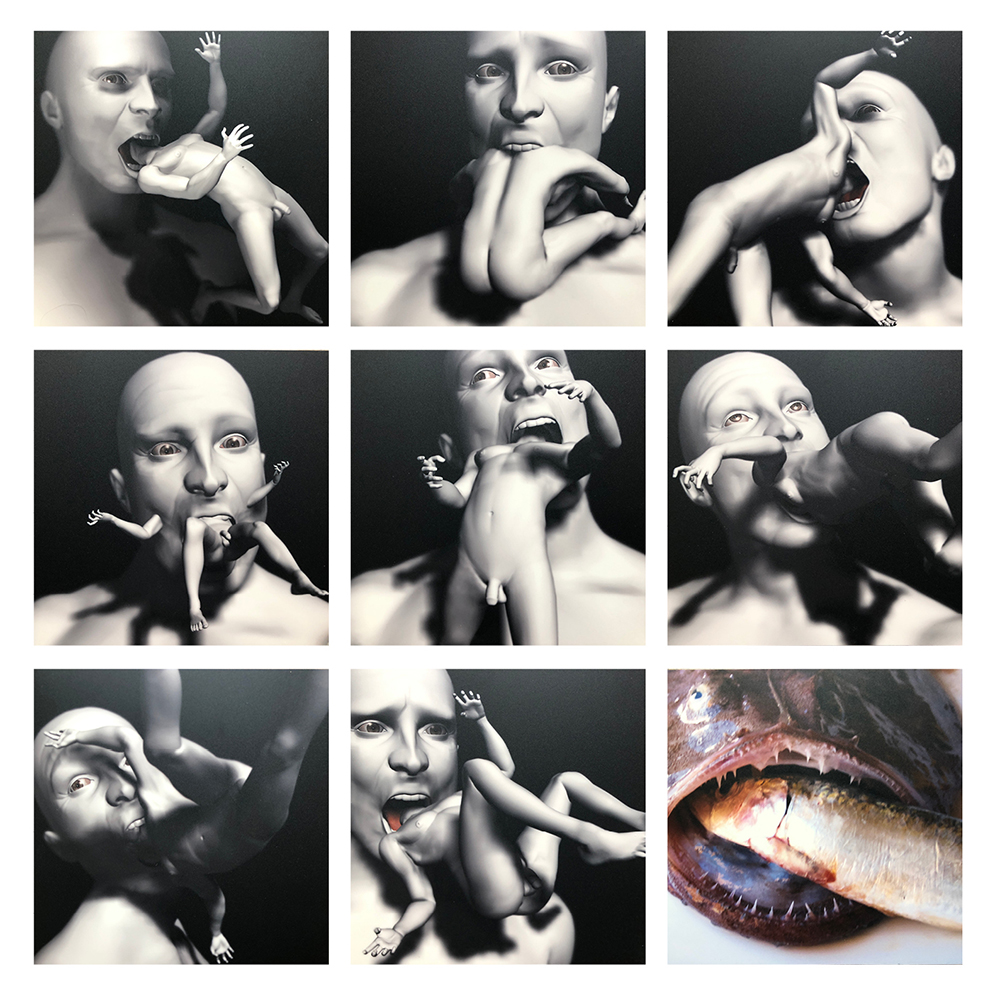 Photographs of big fishes eating smaller ones appear together with 3D images of a post-human character devouring himself, the constant reconfiguration is proposed almost as an allegory. It is true that this work refers us to a new future conception of the temporal (Cronos does not devour his children any more but himself), but acquires more interest because it refers to the anthropophagic memory as an assumption of the strength and values of the “other”. Casado points out in this work that in politics, although it is evident that the big fish is still eating the small one, it is also necessary to insist on swallowing oneself, to relocate our own points of view and conceptions of the world. At heart, this artist’s work, when revealing those realities that are supposed to be hidden for the perpetuation of the rules, and generating distortions in the media representation to show how our lives are configured, what tries is to generate poetic spheres of instability of the acquired certainties. His attitude not only has a direct and critical sense, but the aim of subverting the structures of Power where it can be damaged, that’s it, in the strong incentive of the performance of Freedom itself.