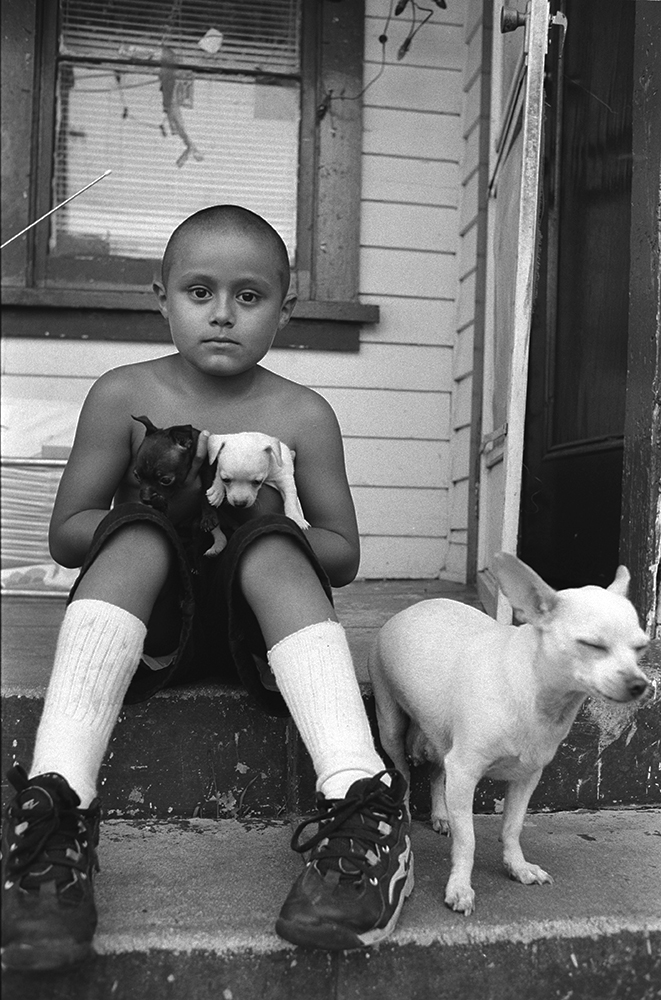 Régina Monfort is a photography and visual book editor based in Brooklyn, New York. Her own photographic work focusing on issues pertaining to youth, cultural identity and social stigmas has been widely exhibited in the United States and abroad. Her photographs are in the permanent collections of the Library of Congress, the New York Public Library and the Yale Art Gallery among others. She is a member of the American Photography Archive Group.

Since joining the FotoEvidence team in 2010, Monfort has edited and sequenced a number of monographs by award-winning photographers including Fausto Podavini, Danielle Villasana, Marcus Bleasdale, Tanya Habjouqa, Majid Saeedi, and Daniella Zalcman. Among her independent book projects are Mark, Unmarked, Remembered by Andrew Lichtenstein and Richard Sandler’s The Eyes of the City.

Régina brings her experience of many years working in the studios of Irving Penn and Richard Avedon to all of her endeavors. She was the US based assistant to documentary film director Jean-Pierre Krief on the series Contacts co-produced by Arte and Le Centre National de la Photographie in Paris. She has taught photography at CUNY La Guardia Community College and Pratt Institute and was a visiting instructor at the School of the Art Institute of Chicago. From 2015 to 2018, she served as co-curator of the Eyes on Main Street Outdoor Photo Festival.

A fascination for the human spirit, a love of light, and a strong belief in the ability of photography to illuminate social challenges continue to pave her journey.