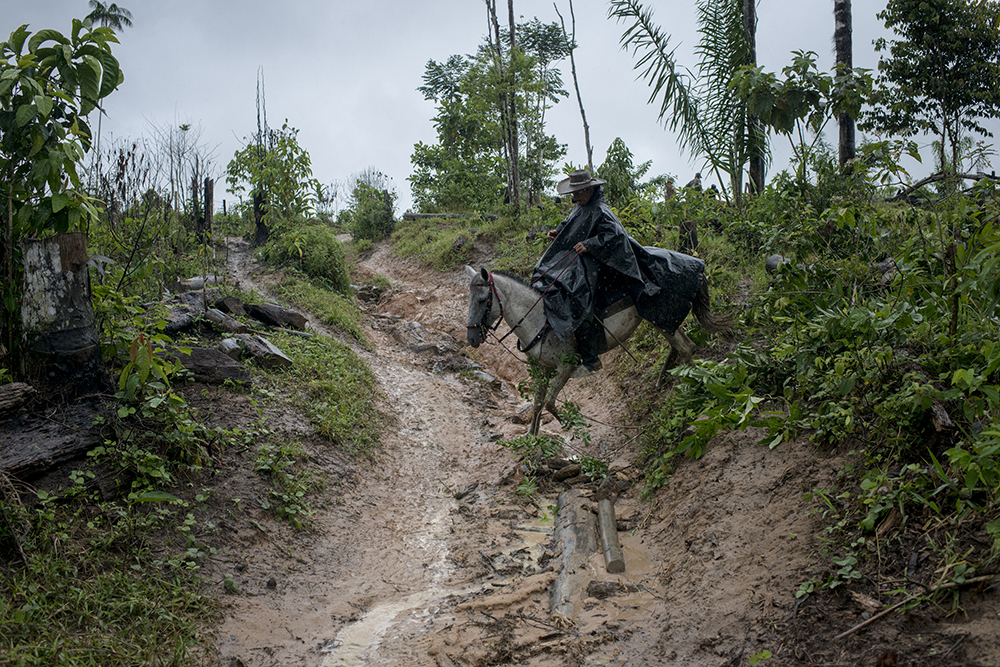 
In Caquetá department, a peasant takes a muddy road that is unusable for moto and car. Most of the people use horses and mules to move and the first real road is at two days of journey. (Colombia, July 24, 2016)

Nadège Mazars is a French photographer based in Colombia. Her approach strives to give an intimate insight on her subjects about the effect of global issues such migration, healthcare system or natural resource extraction.

Mazars’s work also tries to explore both the origins of war and the conditions to reach peace in societies such El Salvador or Colombia. Since 2015, she followed closely the peace process and the FARC-EP guerrilla in Colombia. In 2017 she starts a long-term project about former gang members in El Salvador.

She has a Ph.D in Sociology (2013, Paris) and was graphic designer in the 2000’s. She was part of the Women Photograph mentorship class 2017-2018.
In 2016 she received an Emergency Fund from the Magnum Foundation to continue her project The Other Colombia. In 2017 she was fellow of the Adelante program in El Salvador organized by the IWMF.

She worked on assignment for publications such, Le Monde, The Wall Street Journal, The New York Times, Bloomberg Businessweek or The New Yorker.
She is member of Women Photograph, Hans Lucas studio and the foundation OjoRojo Fábrica Visual (Bogotá, Colombia).