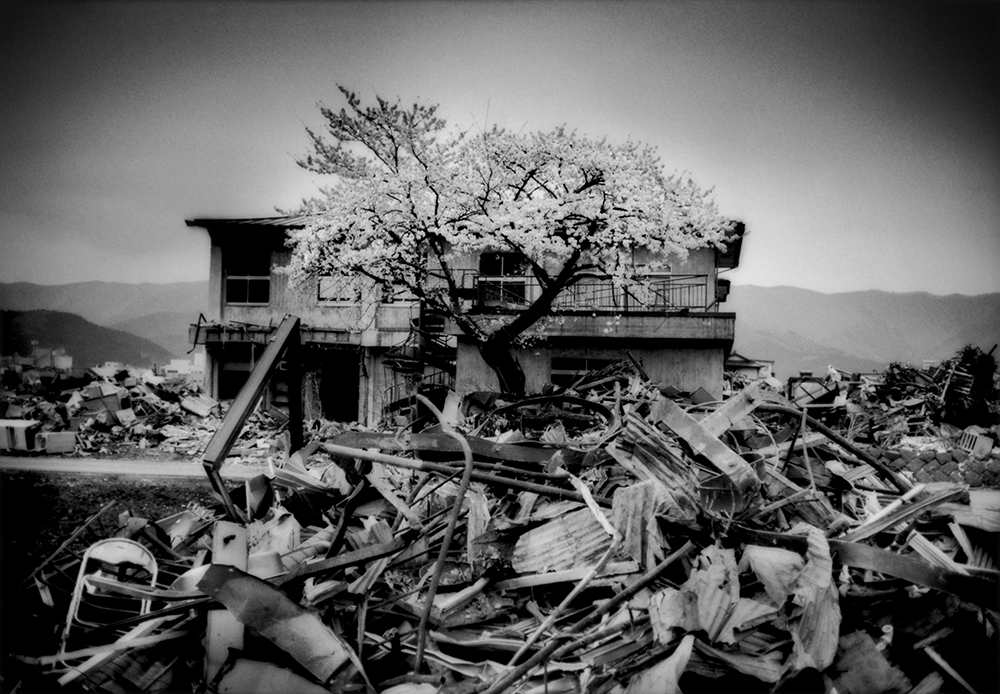 A Cherry blossoms have open on a tree that seems to rise right of the rubble. Ofunato, Japan, 2011


A Cherry blossoms have open on a tree that seems to rise right of the rubble. Ofunato, Japan