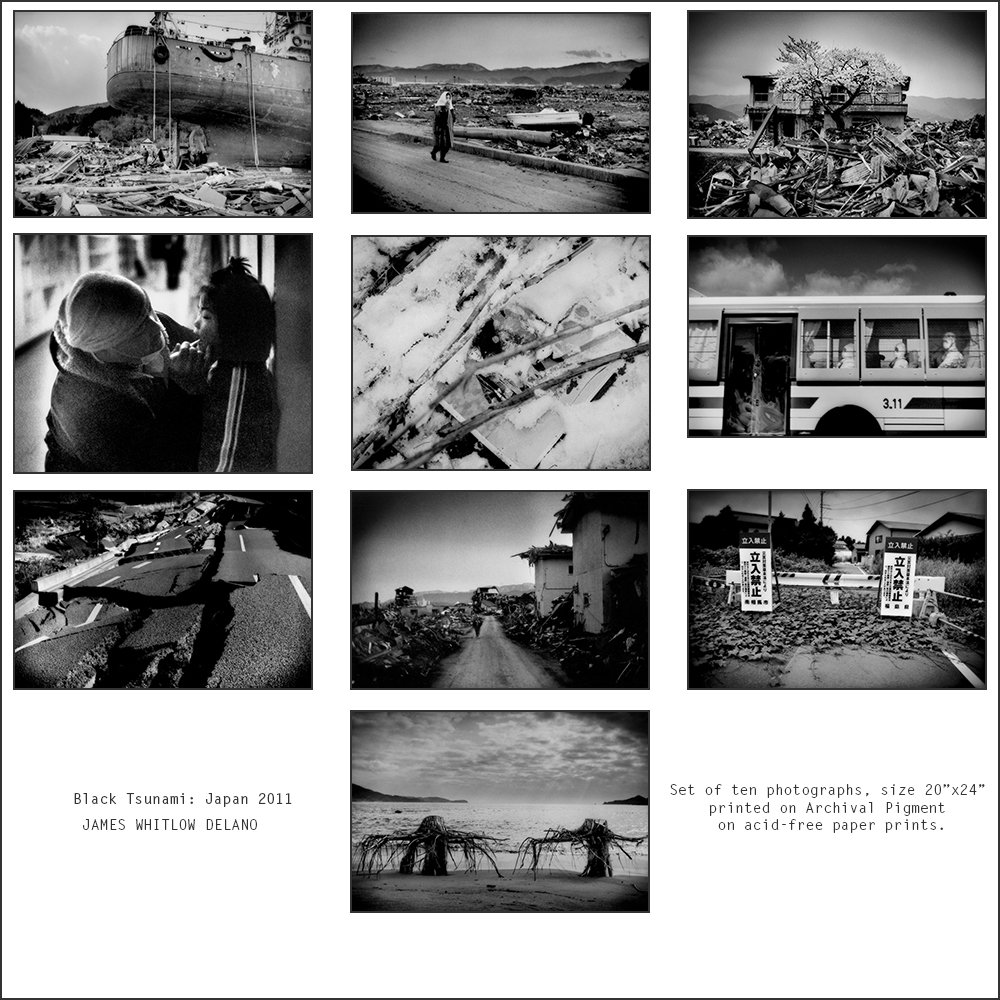 Set of ten photographs from the book Black Tsunami: Japan 2011,


The work  Black  Tsunami: Japan 2011 provides a haunting portrait of the devastation left by the great tsunami that engulfed northeastern Japan on March 11, 2011.

His first monograph book, Empire: Impressions from China and work from Japan Mangaland and Selling Spring: Sex Workers Story have shown at several Leica Galleries in Europe. Empire was the first ever one-person show of photography at La Triennale di Milano Museum of Art.  The Mercy Project / Inochi his charity photo book for hospice received the PX3 Gold Award and the Award of Excellence from Communication Arts.  His work has appeared in magazines and photo festivals on five continents from Visa Pour L’Image, Rencontres D’Arles; to Noorderlicht, including their “Sweet and Sour Story of Sugar” project.

His latest monograph book, Black Tsunami: Japan 2011 (FotoEvidence), documenting the Japan tsunami and nuclear crisis, was released in 2013.  Delano is a grantee for the Pulitzer Center on Crisis Reporting and received the 2014 Festival PhotoReporter in Saint-Brieuc, France grant for work documenting the destruction of equatorial rainforests and human rights violations of indigenous inhabitants living there.