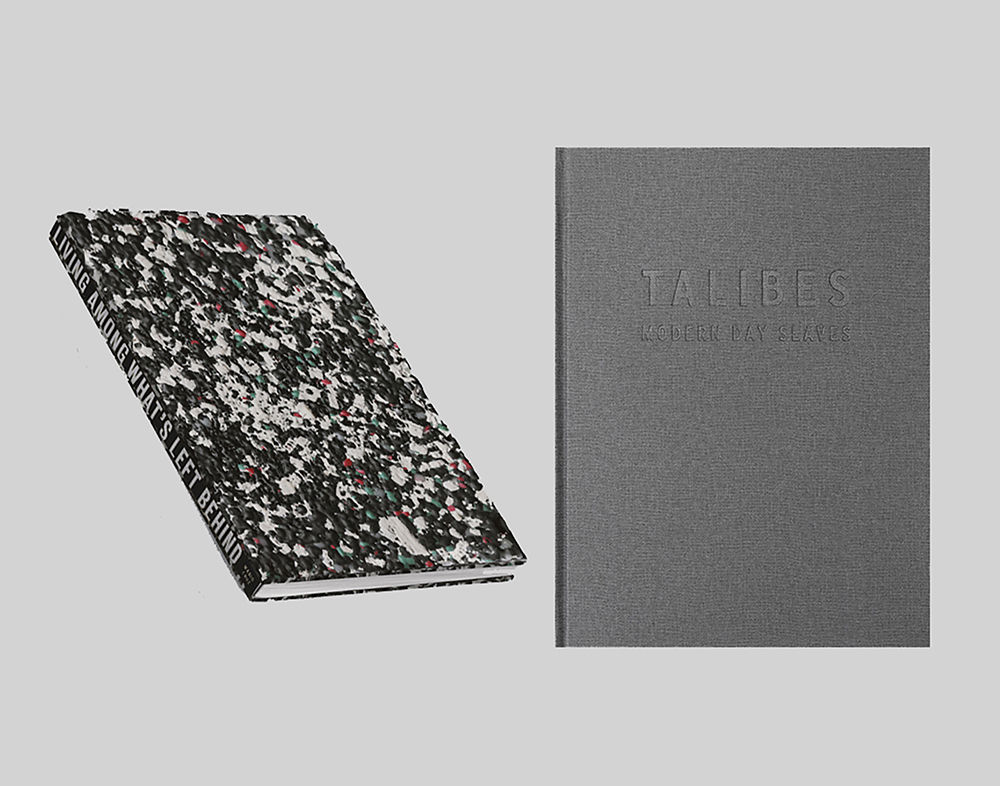 The book Living Amongs What Left Behind results from an intense work by Mario Cruz who documented different tributaries and several communities living next to the polluted Pasig River in Manila, Philippines. The images he captured are a global alert of what can happen when the environment  and the basic human needs  are ignored.
In 2017 , a report from Nature Communications cites the Pasig as one of 20 most polluted rivers in the world, with up to 63,700 tons of plastic deposited into the ocean each year. In some parts of the river the waste is so dense that it is possible to walk on top of the garbage.

The cover of the book is the result of 160kg of plastic trash that was processed to save it from being thrown away. The process is irregular and every book cover is unique.

The book Talibes Modern Day Slaves  documents an alarming social condition for at least 50,000 young boys in Senegal aged between five and 15. The work provoked a nearly immediate response from the President of Senegal, who, in June, ordered the registration of all daaras (Islamic schools) in the country and ordered the police to intervene and assist boys found begging on the street. Just a first step but an indication of the power of the image, as the situations depicted are otherwise normal in Senegal, with Human Rights Watch estimating over 50,000 children begging out of daaras.

His projects have been recognized worldwide.

HE’S THE AUTHOR OF TWO BOOKS:

LIVING AMONG WHAT’S LEFT BEHIND, NOMAD AND FOTOEVIDENCE, 2019