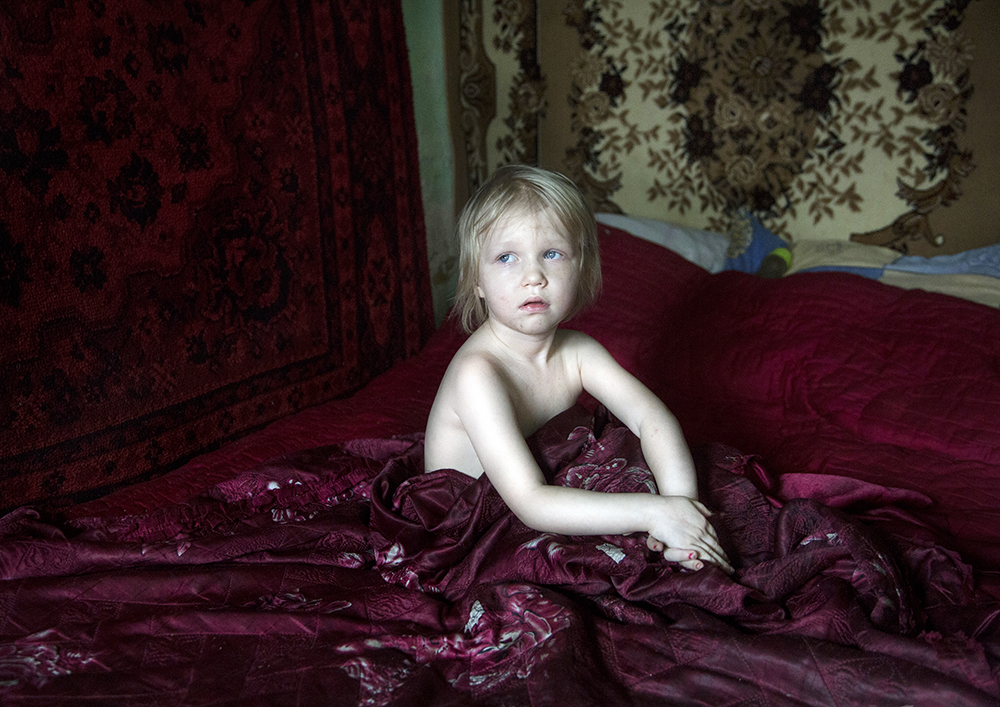 The prints are produced from digital files  on the highest quality Fine Art Paper Matte or Baryta with signed by the photographer certificate of authenticity.
FotoEvidence Authentic Stamp on the verso.10/50


Inspired by the Svetlana Alexievich’ book ‘Voices from Chernobyl’, in 2015 I travelled to Ukraine to find out the long-lasting implications of the Chernobyl’s nuclear accident for both the environment and the people 30 years after the disaster.

Narodichi region, 50kms from the nuclear plant, a previously prosperous area has become one of the poorest regions in Ukraine today. The effects of radiation, alongside the collapse of collective farming due to the fall of the Soviet Union, have had tragic consequences for the local people and their land.

Though evacuation was enforced in 1991, many families are still living in the region. They believed in their land, refusing to accept an invisible radiation that is less tangible than their sense of belonging.

People were advised not to eat produce from their land but poverty left them with no option but to return to farming forcing them to bring up children in areas where radiation still remain. About 60% of children suffer from malnutrition, cardiovascular and respiratory diseases, but they aren’t longer considered direct victims of Chernobyl.

Local people complain the authorities are not doing enough to ensure a safe environment, especially in remote villages where people have limited access to hospitals and doctors. Many of those families rely on international aids for medical treatments.

The Chernobyl accident seems to have been forgotten by society. These photographs are a testimony to the people with the poisonous ¬¬legacy of Chernobyl. The radiation is, and continues to be, their invisible enemy.

Quintina is an award-winning documentary and press photographer from Spain based in London since 2001 where she studied photojournalism at the London College of Communication, University of the Arts, after a career in finance.

In 2015 she joined Food of War, a multidisciplinary art collective that explores the relationship between food and conflict to raise awareness of the food consumption and its impact for the environment and communities.

Trained as an Arts Leader, she has also designed, managed and facilitated educational workshops working with vulnerable groups and children.