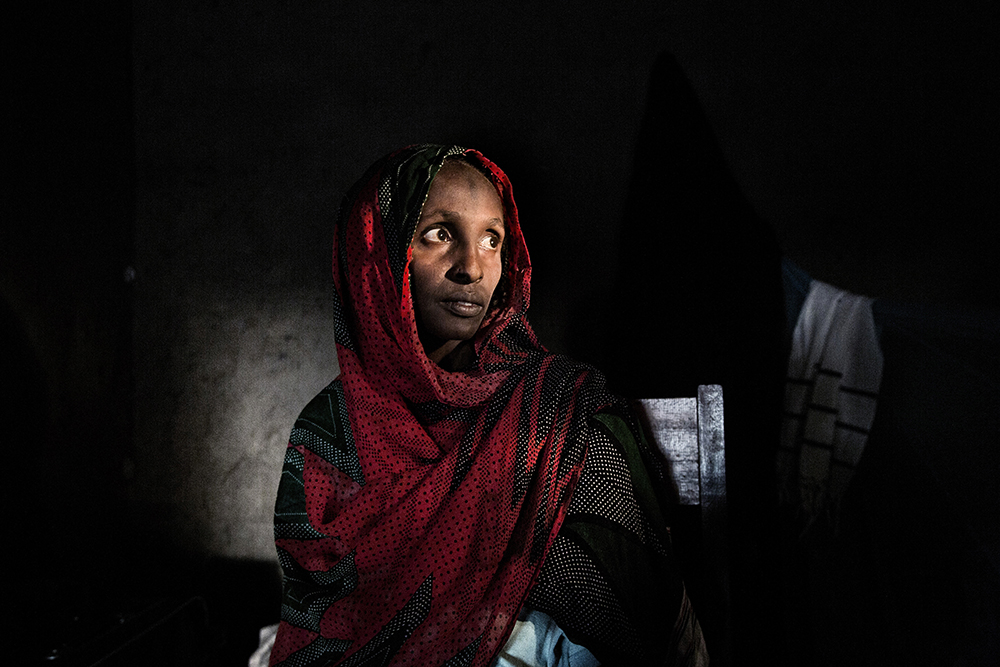 The print is produced from a digital file  on the highest quality Fine Art Paper Matte or Baryta with signed by the photographer   certificate of authenticity.
FotoEvidence Authentic Stamp on the verso. 3/10


Khadidja Alhadji Adbou, a 30-year-old Mboro woman, witnessed anti-balaka forces shooting and killing her husband and three children. In the same attack, she was shot in the neck but survived. October 31, 2013.

The photograph is part of the book The Unravelling by Marcus Bleasdale, recipient of the 2015 FotoEvidence Book Award.

Marcus Bleasdale is one of the world’s leading documentary photographers and through that medium, he has been involved in advocacy and human rights for twenty years. In his role as a National Geographic Magazine photographer and film maker and photographer for Human Rights Watch he has educated and advised corporations and policy makers around the world.

He has focused his work on the impact natural resource extraction has on conflict and conflict funding. His work with rebel groups in Eastern Congo and Central African Republic has been instrumental in implicating the corporation in these conflicts. He has been working with the Enough Project to clean up the mineral supply chains to the tech sector from the Democratic Republic of Congo.
His work on human rights and conflict has been shown at the US Senate, The US House of Representatives, The United Nations, The European Parliament, the International Criminal Court and the Houses of Parliament in the UK.